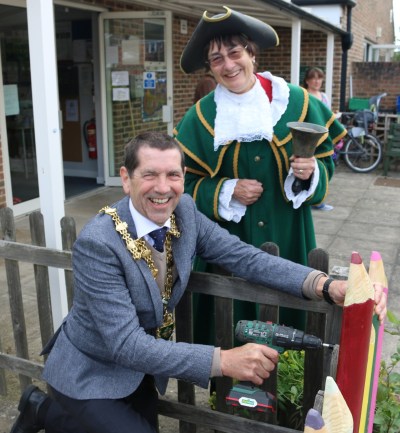 At the South Abingdon Children's Centre, on Caldecott Chase, the Mayor of Abingdon, Cllr Charlie Birks did a bit of DIY to fix the last crayon to the fence. 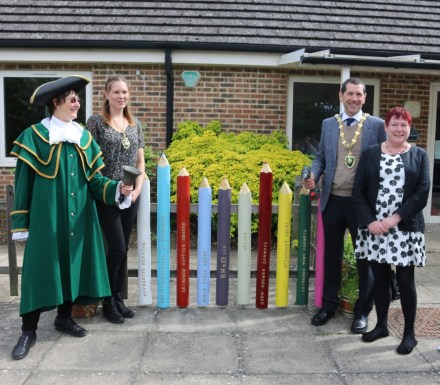 He also gave a speech thanking everybody who helped get the centre back up and running. It is now run by the Abingdon Carousel charity. 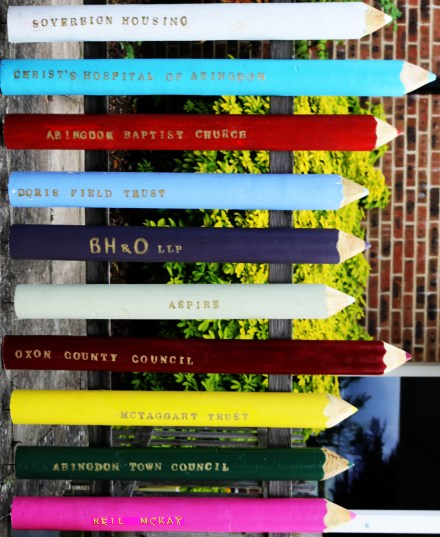 There is a named crayon for each of the organisations that have helped provide funding or done work to make sure the Children's Centre opened.

Other news is that the Children's Centre has started a Saturday Club last week that runs between 9.30 am and 12. They do things like stories, science, cooking, planting and gardening, music, art and crafts. Parents or carers stay with the children who can be any age - although activities will mostly suit pre-schoolers.